10 Side Effects of Smoking – Why is Smoking Dangerous for Health? 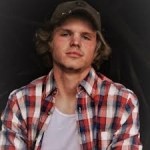 The fact that smoking is bad for your health is almost a no-brainer. Despite this knowledge, people continue to smoke tobacco and endanger their health, as well as the health of those around them.

The most common and widely known impacts of smoking are detailed in the article, but a lesser-known impact of smoking is the risk that it poses to digestive health. People who try to quit smoking often find themselves unable to do so because of digestive problems that come after. In such a scenario a gastroenterologist like Dr. Salman Javed can be very helpful and can guide you on digestive health while you quit smoking.

Read on to know about some other impacts of smoking on health:

What are the statistics?

Smoking cigarettes greatly increases the risk of cancer. According to the American Cancer Society, smoking is responsible for 30 percent of cancer cases in the United States. This number is likely to be higher for a developing country like ours, where cigarettes are cheaper, their sale is unregulated and there is no single national cancer registry.

What type of cancers does smoking cigarettes cause?

The highest cases due to smoking are understandably those of lung cancer, with about 80 percent cases being due to smoking—in both men and women. However, smoking increases the risk of other cancers as well, like those of the mouth, kidney, larynx (voice box), liver, bladder, pancreas, stomach, colon/rectum, myeloid leukemia, cervix, and esophagus.

According to the Centers for Disease Control and Prevention (CDC) in the US, smoking can make it difficult for women to get pregnant. Even if women do get pregnant, smoking can increase the risk of several diseases in the unborn baby. These include the risk of ectopic pregnancy (baby implanted outside the uterus), birth defects (like an orofacial cleft in the baby), low birth weight, and even stillbirth—the death of the baby before being born.

For some women, smoking can lead to early labor through premature rupture of membranes (PROM), or premature birth. The number of emergency c-sections is also higher in women who smoke. Placental ruptures and serious bleeding risks are some other factors that make pregnancy difficult in women who smoke.

For people who are first or second-hand smokers, smoke can damage their bones and cause demineralization quite early on. In fact, in women past childbearing age who have been around smoke, the bones are weaker and they are at higher risk of fractures due to falls, etc. Such women are affected more due to age-related diseases in bones, like osteoporosis.

Moreover, smoking also affects the quality of sperms and sperm count; this can, therefore, affect the fertility of men. In the UK, around 120,000 young men (in the 20s and 30s) are impotent as a result of smoking.

Smoking can also decrease the level of sex hormones like testosterone in men, thus leading to poor fertility and decreased libido. The risk of testicular cancer also increases in smokers almost two-fold.

Effect of smoking on respiratory disease

Because smoke is inhaled into the respiratory tract, the damage to airways and lungs is maximum. Small air sacs in the lungs (alveoli) are damaged due to the toxins in smoke. This results in chronic diseases like emphysema and chronic bronchitis. Combined, these lung diseases are known as Chronic Obstructive Pulmonary Diseases (COPD).

In asthmatics, smoking can trigger an acute attack. The risk of lung cancer also increases exponentially in smokers—about 25 more times, in comparison to non-smokers. 9 out of 10 lung cancer deaths are due to smoking. This number is high not only in men but also in women.

Effect of smoking on heart disease

Smoke contains toxins that directly damage the cells in the blood vessels—known as endothelium; this results in peripheral arterial disease and results in a buildup of plaque that can lead to dangerous blockages. These blockages can lead to coronary artery disease (CAD), myocardial infarction (MI) and angina.

A stroke occurs when the blood supply to the brain tissue is compromised. This can occur as a result of blood clots, known as ischemic stroke (85 percent) or due to bleeding, known as a hemorrhagic stroke (15 percent). Ischemic strokes occur when blood clots or the blood vessels become narrow as a result of damage induced by toxins in smoke. Smoking increases the risk of getting a stroke by about 50 percent.

Effect of smoking on the eyes

Smoking can lead to vision problems, including a greater risk of cataract, glaucoma and macular degeneration. Moreover, indirect damage due to smoke in the blood vessels can lead to retinopathies. In fact, in adults over the age of 65, smoke is the most common cause of blindness.

Smoking contributes greatly to type II diabetes. The complications of this disease are worsened due to smoking and the toxins in smoke. For diabetics, who smoke as well, the risk of heart disease and vascular disease is quadrupled

Damage to the skin

Smoke causes decreased amounts of oxygen to get to the skin. This decreases the nourishment reaching the skin, and increases the process of aging. Smokers age prematurely, have a gaunt-looking skin and get premature facial wrinkling.

If you have been facing more severe side effects and have had trouble breathing, it is important to visit a hospital that has doctors with multiple specialties on its panel to provide you the appropriate care. Evercare hospital Lahore is one such facility.

How to Plan a Unique and Romantic Wedding Proposal

CBD Oil for Pets: Is it Right for Your Pet?

How to Plan a Unique and Romantic Wedding Proposal

CBD Oil for Pets: Is it Right for Your Pet?